Sapphire was a group exhibition coinciding with the 2016 presidential election and leading up to the inauguration of the 45th President of the United States. The civically-engaged artworks in Sapphire touch upon, elaborate, and divert from political issues through collage, painting, drawing, and sculpture. Certain works were conceived as “democratic” and invite direct interaction with visitors. Others depict parafictional narratives, bureaucratic imagery, and national symbols. 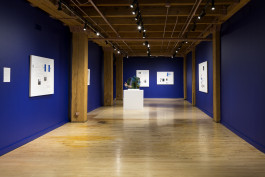 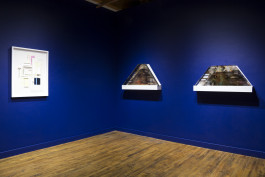 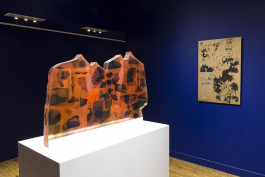 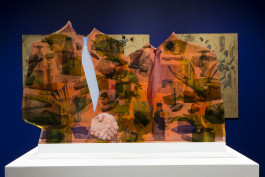 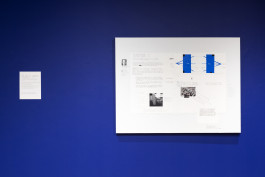 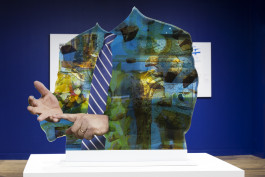 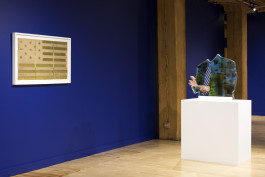 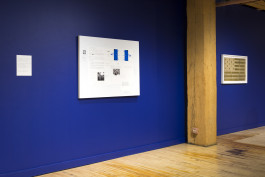 What is art’s ability to inspire critical discourse on politics? And, even if it aspires to do so, how does it defy mere rhetoric and become applied in the political sphere? Approaching the election of the 45th President of the United States, we have experienced “the political” in somewhat new and less recognizable ways. In turn, Americans have had to (re-)ask themselves fundamental questions about what the political industry is, what they want from it, what they need from it, and then wonder if it can be salvaged to effect the improvements so needed in the nation.

Opening Reception
Oct 7, 2016, 5–8PM
The opening reception will feature a performance by Anna Elise Johnson at 7pm. The artist will project images of gesturing politicians on top of herself while she tries to align her body with their movements.

Watch Party
Oct 7, 2016, 5–8PM
Join us for FACEOFF, a final presidential debate watching party, co-sponsored by Common Cause Illinois and the ACLU of Illinois. A panel discussion featuring Ethan Michaeli, author of the highly-acclaimed book The Defender: How the Legendary Black Newspaper Changed America, will discuss the dimension of racial and ethnic relations in voting. The panel will be followed promptly by a live video broadcast of the debate. Co-sponsored by Common Cause Illinois, ACLU of Illinois, and Chicago's Lawyers' Committee for Civil Rights.

Gathering
Oct 27, 2016, 6–8PM
Let's Vibe invites guests to come together for an intersectional and intergenerational discussion about the sociopolitical impact of voice and leadership across decades leading up to the 45th presidential election. Conversation collaborators include Ballot Ready, National Runaway Safeline, Never Go Without, The League of Black Women, The Underrep'd, Women Get It Done, and Focol Labs.

Walkthrough
Nov 4, 2016, 6–8PM
Join us for First Friday as Deb Sokolow walks us through Some Concerns about the Candidate, her narrative drawings about a fictitious candidate running for U.S. Congress, based on real-life cult leader Jim Jones. Sokolow will also discuss various techniques that Jones used to brainwash his Peoples Temple followers in the 1960s and 70s, many of whom came from the same Northern California town as Sokolow.

Book Launch
Jan 10, 2017, 6–8PM
Please join us in celebrating the release of Richard Cahan and Michael William's new book, Un-American: The Incarceration of Japanese Americans During World War II. Un-American is a unprecedented look at photographs taken by government photographers showing what happened to 110,000 Japanese American men, women, and children who were forcibly removed from their homes and sent to incarceration centers for the duration of World War II.

Common Cause Illinois is a nonpartisan watchdog group that promotes open, ethical, and accountable government at the local, state, and national levels. After relaunching the state chapter of the national organization in 2012, Common Cause Illinois continues to advance landmark reforms to create a stronger voice for every Illinoisan, from improving access to polls to getting big money out of politics.